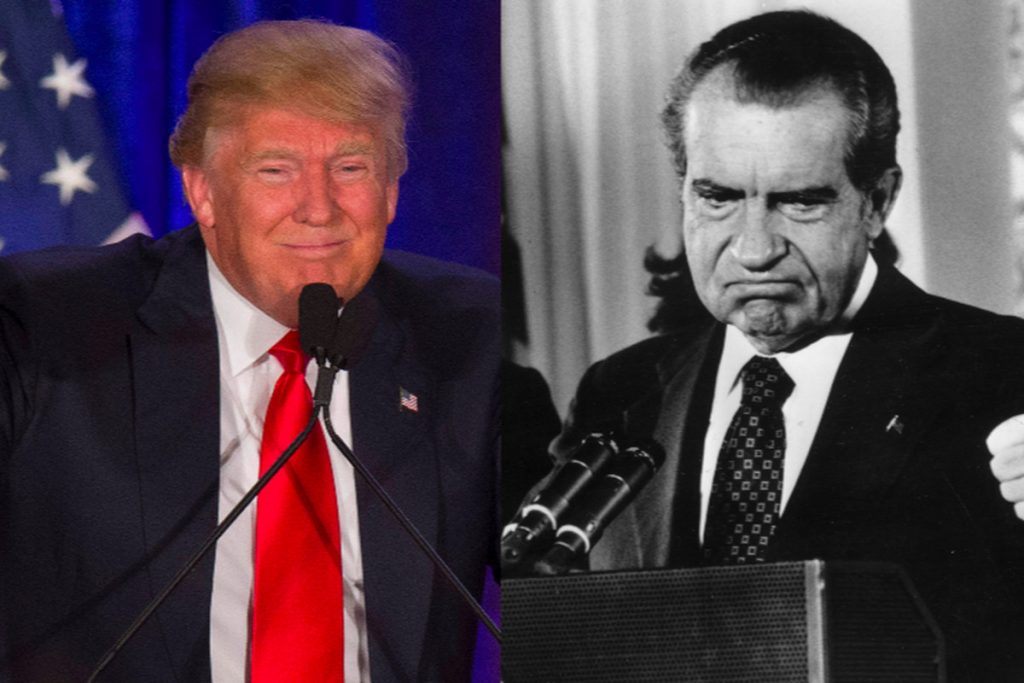 What Nixon said to Trump that night in Houston! Richard Nixon was sitting in the middle, Charles Hurwitz remembers, that champagne-soaked night in 1989. It was around 1 or 1:30 a.m., at an after-party at Tony’s, the swankest restaurant in Houston. Hurwitz sat next to Nixon. And on Nixon’s other side was Donald Trump, a flamboyant New York businessman whom no one yet expected to be president.

Decades later, Hurwitz would realize that he’d seen history in the making. It’s likely that it was the first time Trump had spoken at any length with Nixon, a president he admired and whom he’d later cite as an inspiration.

But that’s only in hindsight. In the wee early-morning hours of March 12, 1989, the three men’s conversation gave Hurwitz chills only because of the light it shed on the past — on a world that had disappeared in the 1970s. At the time, he didn’t think it had any bearing on the future.

Last week, after reading a previous Chronicle story about that weekend, Hurwitz agreed to talk to a reporter.

No one yet thought of Trump as a politician. He was a flashy wheeler-dealer, an avatar of the take-risks-make-money 1980s, a mainstay of New York gossip columns. His book “The Art of the Deal” had only recently fallen off the bestseller list, after basking there for nearly a year.

Hurwitz, on the other hand, was the opposite of flashy — reserved and bookish, careful with his words — but like it or not, the Houston businessman had also come to symbolize the era. In 1986, through his conglomerate Maxxam, he’d engineered a leveraged buyout of Pacific Lumber, a San Francisco-based company whose timber holdings included large stands of old-growth redwoods. To repay the buyout’s loans, the new management proposed to double the rate at which Pacific Lumber cut down those trees. Environmentalists erupted. In the national imagination, Maxxam, and Hurwitz in particular, stood for corporate greed’s destruction of the natural world. There had been lawsuits, protests outside Pacific Lumber office buildings and even tree-sitters who camped out in the giant old trees, refusing to come down.

Nixon, of course, was Nixon, the president who in 1974 resigned in disgrace amid the Watergate scandal. Afterward, he and his wife, Pat, kept a low profile, and in 1989 were living quietly in suburban New Jersey. His trip to Houston was a rare public appearance: The Juvenile Diabetes Foundation gala that night had honored Nellie Connally, the wife of John Connally, once Nixon’s treasury secretary.

In many big cities, Nixon might have expected a chilly welcome, but the thousand or so people at the glittering Houston gala received him, the guest of honor, gleefully, even reverently. They lined up for photos and handshakes, and when he played “Happy Birthday” to the Connallys on a white baby grand piano, they sang their hearts out. Nixon had planned to leave the party early, but he’d always loved a crowd, and it had been too long since he’d had a good one. He stayed late, and afterward, even agreed to accompany the Connallys and 30 or so other people to Tony’s. 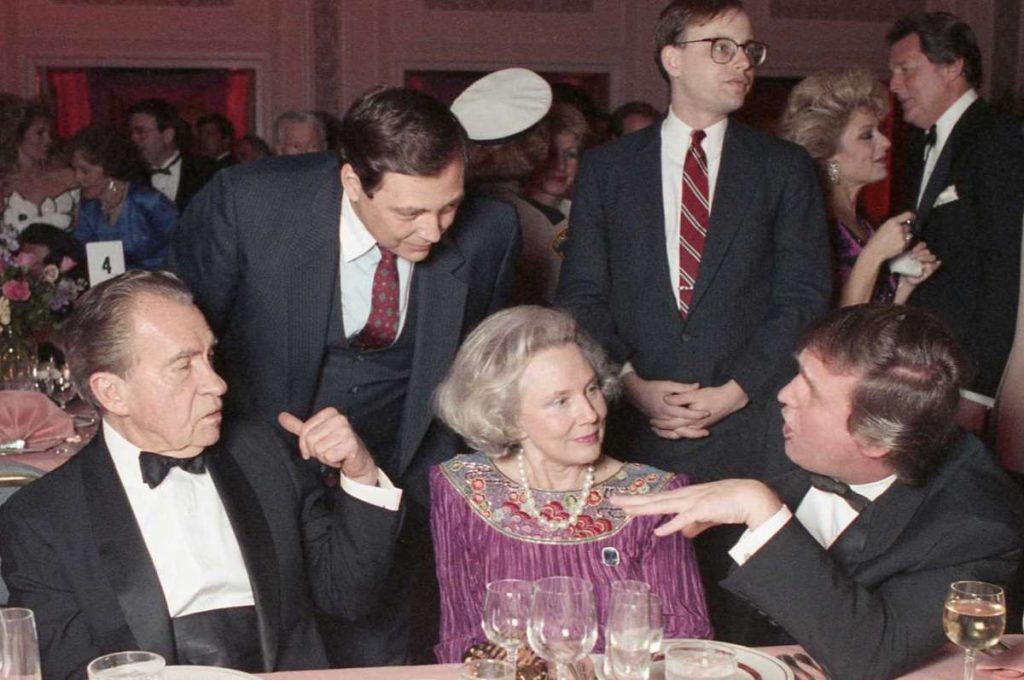 When their party entered the restaurant, the people at the tables stopped eating, stood up and applauded. The mood was light, frothy, as bubbly as the champagne in the flutes: It was a night to believe in new beginnings, second chances, fresh starts — in crowds that not only weren’t hostile but ecstatic. Houston had no time for disgrace, no time for shaming.

After midnight, the after-party had begun to wind down, Hurwitz remembers. Maybe eight or nine people remained.

At their table, Nixon sat ramrod-straight, not touching the back of the chair. There had long been something something stiff about Nixon’s spine, something that didn’t flex and twist the way that other people’s do. That rigidity is visible in videos — of Nixon leaving the White House in a helicopter, of him being interviewed by David Frost. Instead of turning his head, with great effort he’d instead turn his whole torso or sometimes not turn at all.

Nixon’s relaxed, talkative mood hadn’t changed those spinal mechanics. The former president stared straight ahead, Hurwitz remembers, not turning to to one side or the other to look at him or Trump. So as they talked, all three kept their eyes on the restaurant wall in front of them, as if they were driving somewhere in a car.

“Mr. President,” Trump said, “it bothers me to no end that these dinghies in the Strait of Hormuz are punching big holes in our battleships, and that we, America, are not doing anything about it. If you were still president, what would you do differently?”

Hurwitz was impressed. It was a good question, he thought, and one that he hadn’t expected of Trump. Sure, oil people cared about the Strait of Hormuz, the skinny choke point that connects the Persian Gulf to the open ocean. A huge percentage of the Western world’s oil was shipped through it. But Hurwitz hadn’t expected a New York developer and casino owner to have questions about asymmetric warfare or the mind-bending complexities of the Middle East.

The “dinghies,” as Trump called them, were actually little Iranian speedboats, armed with machine guns and grenades. Iran had been a problem for the U.S. since 1979, after the Islamic revolution overthrew the Shah Mohammad Reza Pahlavi, a longtime American ally, and replaced him with the Ayatollah Ruhollah Khomeini, a cleric who railed against imperialism and Western decadence. When the Iraq-Iran war shut down the Strait of Hormuz, the Reagan administration dispatched U.S. forces to escort oil tankers through.

Iran fought back with those speedboats. It was an underdog’s strategy, cheap and dangerous and surprisingly effective.

“If I were president,” Nixon said, “there wouldn’t be an Iran.”

Hurwitz was stunned. Nixon seemed to be arguing that the U.S., a nuclear superpower, should do whatever it took to overthrow a popular Islamic government in the wildly complicated Middle East. It was a big, strong answer, certain and simple — but a proposal that would be almost certain to set off a chain of unintended consequences in the most dangerous part of the world.

The three men sat there, staring at the wall. Hurwitz didn’t see Trump’s reaction, and he doesn’t remember whether Trump said anything in response.

Soon after, the party broke up. Hurwitz found his wife, Barbara. As they headed out, she noticed that his tuxedo shirt was soaked in sweat.

That may have been Trump’s first real conversation with Nixon, but it wasn’t their last. The next morning, at a Sunday brunch at Lynn and Oscar Wyatt’s house, Trump invited Nixon to fly home with him on his private jet.

Trump, the Chronicle’s gossip columnist reported, “was looking forward to having three hours to chat with Nixon on the ride home.”

There’s no record of what they discussed. But it is clear that Donald Trump admires Nixon greatly. In 2016, when Trump accepted the Republican presidential nomination, he modeled his speech on the one that Nixon had given to accept his own nomination in 1968. Both speeches were dark meditations on a United States that had lost its way.

“I think what Nixon understood,” Trump said then, “is that when the world is falling apart, people want a strong leader whose highest priority is protecting America first.”

Years later, Hurwitz still wonders what Trump made of that conversation at Tony’s. 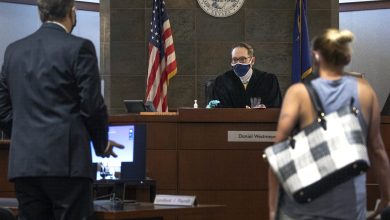 What is Eviction Defense, and How Can It Help Renters 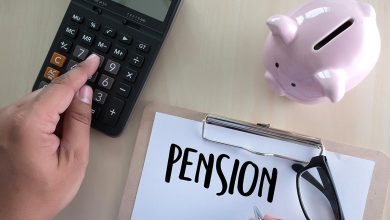 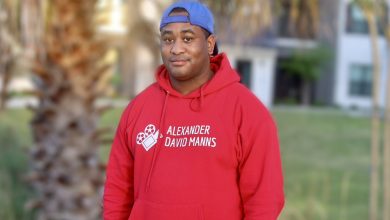 Alexander David Manns: $8 Million Net Worth and Some Facts About Him 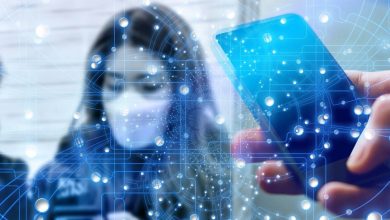 Five Simple Ways to Protect Against Cybercrime during the Pandemic

Five Simple Ways to Protect Against Cybercrime during the Pandemic